Under Hyperbaric Therapy (HBO2), Oxygen, which is a much smaller molecule than a Red Blood Cell (RBC), is pulled from the larger RBC, which is carrying the oxygen molecules to tissues via hemoglobin. RBC's are the vehicle transport for all oxygen within our body. After extraction, it is now concentrated within the surrounding plasma. This allows the smaller Oxygen molecules to easily permeate, or cross barriers between blood and injured tissue, allowing Oxygen to saturate the areas involved and allow healing to occur.

This transference from the RBC to the plasma is important because injury creates inflammation, which is a barrier that limits the ability of red blood cells to penetrate as it is very thick and compressed, leaving little room for larger RBC’s to deliver vital oxygen for healing. However, when we undergo Hyperbaric Oxygen Therapy, the smaller O2 molecules are forced from the RBC into the plasma and can permeate through the inflammation and saturate the injured region, traveling 400% deeper into the tissue. Oxygen not only heals the injured body part, but also decreases inflammation, returning tissue physiology to normal function. 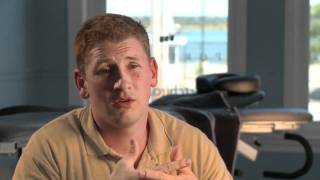