Migraines: Why do my eyes hurt?

Eye pain is a common symptom associated with Migraines. Migraines are due to central neurological changes within the brain that suffer from abnormal discharge of cells associsated with vascular changes within the walls of blood vessels. This causes constriction and dilation to occur, which is the cause of the throbbing pain experienced during a migraine. But why is there pain around the eyes? There are a few reasons:

1) As these blood vessels change, some of the highly vascularized, sensitive areas surrounding and involving the eyes become susceptible to vascular compromise. This causes pain as the blood vessels dilate and stretch the pain receptors that are encompassing the blood vessels in a mesh-like network.

2) The same areas involving the brain stem that are associated with vascular changes also control eye movements, gaze stability and balance/coordination. When they discharge, our extraocular system (eye movements) are compromised and work overtime to maintain normalcy, thus creating fatigue and pain behind the eyes.

3) Pain referral from compression of blood vessels and nerves at the the base of the skull refers up the scalp and around, into the forehead, sinus and orbit.

4) Decreased oxygenation due to limited rib/thoracic excursion causes an overall decrease in oxygen and forces the brain to squeeze more blood to the brain via vascular constriction mechanisms to keep oxygen levels up, thus causing vascular pain in the scalp and orbital regions.

These are all treatable with Chiropractic Neurology as we specialize in neurological retraining known as neuroplasticity rehabilitation in conjunction with Chiropractic care and passive Physical Therapy treatments. We are able to treat the functional neurological issues causing abnormal cellular discharge within the brain by retraining ocular systems that have become compromised as a result. We simultaneously restore oxygen levels and reduce occipital compression through Chiropractic and PT treatment to the thoracic/rib regions that results in a better functioning brain. 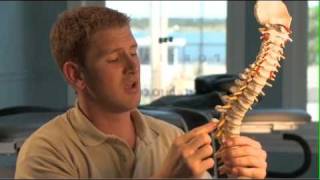