What is happening during Hyperbaric Oxygen Therapy, or HBOT? Under pressure, increased amounts of oxygen are transferred into the plasma of your blood, which usually contains about 3% oxygen. This increases to about 97% oxygen during hyperbaric therapy, allowing oxygen to diffuse into tissue 400% deeper than would normally be allowed. This allows tissue to heal that normally would not be able to achieve these levels of oxygen concentration.

In most Neurological conditions, we see mitochondrial dysfunction, which is the final site of heme production. Mitochondria contain many structures important to metabolism, but cytochrome oxidase in particular is important during the transfer of oxygen into energy, or ATP. Studies show that after HBOT, mitochondrial function increases tremendously. (Dave et al. 2003 Neuroscience 120; 113-20). It is also seen to increase mitochondrial biogenesis in the hippocampus of rats, which implies importance for maintaing neuronal vialiblty after brain injury (Gutsaeva et al., 2006 Neuroscience 137: 493-504).

One of the more exciting aspects of HBOT is the mobilization of Stem cells. In humans, HBOT at 2.0 atm and 100% oxygen for two hours per treatment for 20 treatments increased the number of circulating stem cells in the blood by 800% (Thom et al., 2006 Am J Physiol Heart Circ Physiol 290: 1378-86). This is extremely important as Stem cells are incredibly important in healing and overall function of healthy tissue.

Another remarkable effect of HBOT is in the reduction of inflammation. Inflammation is particularly degrading to the human body as it reduces oxygen extraction form the blood into the tissue, limiting healing and normal metabolism (Harrison et al., 1994 Adv Exp Med Biol 345: 789-96). It would stand to reason that it would be extremely effective in tissue healing such as individuals with chronic, difficult to treat conditions that can range from back pain to brain injury to Lyme's disease.

There is a lot of research showing the efficacy of HBOT for treatment of the Autism spectrum of disorders, showing changes in regional blood flow and function within the cortices of individuals. SPECT and PET scans are used to measure these results and show tremendous findings, usually after 40 visits. Bilateral temporal lobe hypoperfusion has been described in two independent studies in autistic children (Gendry Meresse et al., 2005 Ann Neurol 58:466-69) (Wilcox et al., 2002 neuropsychobiology 46(1):13-6).

It is important to recognize that these treatments are Off-Label and HBOT is only FDA approved to treat certain conditions, none of which were listed above. 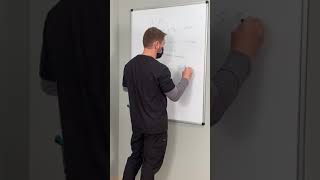 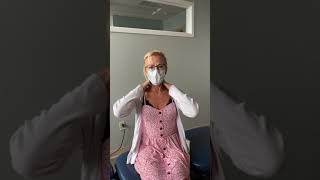